More than 25,000,000 people purchased the game so far and about 288,000 people have purchased it every day. Approximately 1 million players play Minecraft right now.

While Minecraft’s smooth, locked-in style is very appealing on its own if you ever wondered how the game would appear if there was more smoothness to it? Well, to clear your mind.

Our article is going to cover all the steps and information you need to know to install shaders in Minecraft. Shaders are great for creating intense visual effects.

This simple tool eases the process of creating the desired effect using Minecraft’s shadows and lightning bolts. Minecraft 1,115 shaders are well-known to the Minecraft community, and they contain new resource packs that include the vast majority of the modifications that make the game even more beautiful.

Since the new version of Minecraft 1.15, shaders have become popular and in high demand. Optifine 1.15 is also in high demand since then. These shaders provide a special and realistic atmosphere to the game by altering the exposure, colors, and reflection of the surroundings.

Minecraft’s Optifine has been optimized to run smoother and faster, offering full HD texture support and a wide range of configuration options. The latest version of Optifine is highly recommended simply to experience captivating video games.

This mod adds support for high definition textures, as well as improved shaders, along with more options for creating an appealing look and better FPS performance in your Minecraft world.

Some players have reported a tripling of the FPS. This is a tool by which you can amplify your FPS and reduce lag and FPS issues.

In short, Optifine will never disappoint you in any situation, whether you are offline or online, playing single-player or in multiplayer mode. It is very easy to use the Optifine HD mod on PCs even when they are extremely old.

Today we will walk you through the installation of shaders in Minecraft. So stay until the bottom of this article and we are certain that you will get what you are looking for.

Video – How To Download And Install Shaders In Minecraft

Mods like Optifine 1.15.2 are very useful in adjusting Minecraft settings. It is an easy way to make the game run smoother and use fewer resources. A positive aspect of this mod is that it allows you to run HD textures and resource packs without installing any other mods.

A shader is not technically a mod, but it is a graphics package that can be installed in much the same way as texture packs. However, it is not compatible with vanilla Minecraft. To install a shader, you need to download Optifine.

On the Internet, Optifine is readily available. You just have to deal with several ads before you can download Optifine.

When you have the download, make sure you download the Ultra version of the optifine since it contains most of the features. During the download make sure that the program is safe for your computer, once you have finished downloading it, you have completed the process.

Once you select the “install” option in the window that opens, the Optifine installation will begin automatically. After a few minutes, a dialog box will appear that says “Optifine has been successfully installed.” 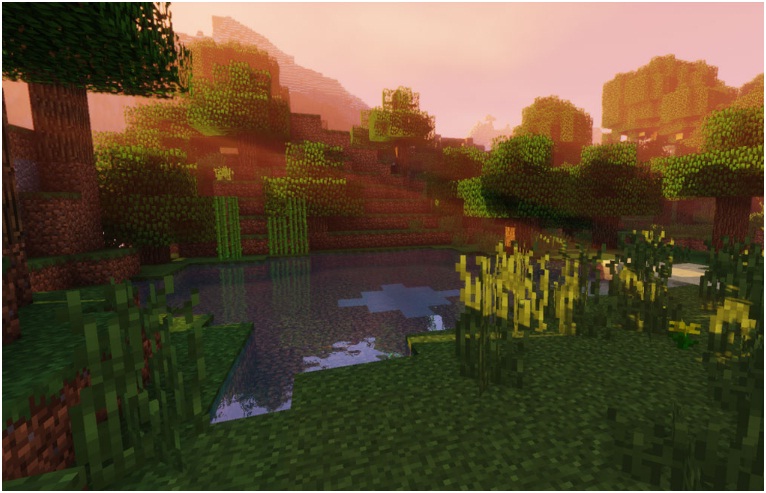 Get a shader package and install it

Optifine works with every shader version so you do not have to worry about incompatibility issues. Additionally, look out for resource requirements. If you do not have a high-end computer or laptop, then it is not a good idea to play Minecraft with a shader.

Many high-end PCs can run it, but some of them can cause issues while the shaders are running, it depends on when they were released. Choose any of the shaders and download them.

Open the shaders folder from the Minecraft launcher

Installation of the Shaders package

If you are thinking of downloading and installing the Shaders package without Optifine 1.15.2, then I regret to inform you that this is not possible.

Optifine 1.15.2 is compatible with all shader packages, which means you do not have to download any other mod to install a shader package.

All you need is to download and install shaders in Minecraft. Shaders are tools that help the graphics team zoom in on each pixel for lighting and shading effects.

Shaders are the characteristics that are used for various effects when the player takes the point of view of a mob; spectator mode. The shader can be easily turned off by changing the perspective to the third person view.

The shader can alter the dark and bright areas, reflective effect, HD texture, and lag-free gaming by altering the shaders.

There is no doubt that shaders have many advantages, and that installing them is very easy, so there is no reason not to install shaders and get the most out of your game.