In this blog, we will help you to comprehend what Minecraft ticks per second are. 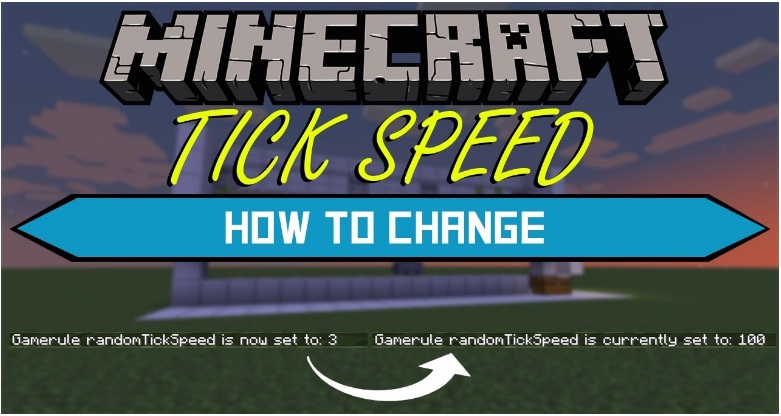 Introduction Of “Ticks Per Second”

A server’s TPS is an acronym of Ticks Per Second, which measures the whole health of your server’s performance. Like a heartbeat, your server pounds at a set rate of 20 ticks per second, so after 0.05 seconds, it will count as one tick.

On every tick, different aspects of the server develop somewhat like the driving mobs, the growth of grass, modifying the position of objects, mobs checking their surroundings, and improving their behavior, well-being, and hunger.

Your overall server rotates around the rhythm of your server’s TPS. While at peak execution, 20 TPS, will encounter simple gameplay without any server-side lag.

Conversely, if your server’s TPS falls, you will begin seeing a slowdown on the server even by many ticks.

Ticks per second on the server are calculated chiefly by the speed and capacities of the hardware which hosts that server.

Although the server’s hardware performs an essential role in the server TPS, it is not the decisive factor. Just setting up the superior equipment on a server will not guarantee its performance. The things emerging on the server make a significant contribution to determining the server’s TPS.

TPS drop can be a consequence of many in-game occurrences due to the use of plugins, mods, sophisticated Redstone structures, etc.

About The Minecraft Ticks Per Second

“Ticks per second” is how Minecraft administers its code. In Minecraft, nearly every action or stuff has depended on “Ticks Per Second,” part of examples being block updates, Redstone, and player action.

As mentioned above, Minecraft’s game loop typically runs at a fixed speed of 20 ticks per second, so one tick takes place every 0.05 seconds. An in-game day prolongs exactly 24,000 ticks, and a Minecraft day is “20” minutes. That indicates a day in Minecraft is 72 times shorter than a day in actuality.

Nonetheless, if a processor fails to keep track of this rate, there are fewer game ticks per second as the in-game actions are predicated on tick calculation rather than on wall clock time.

The game started performing lower if the system cannot follow up with the determined rate. You may recognize that on the Minecraft server, Ticks per second is more significant while running at the defined speed of 20 ticks per second.

If you divide the “24,000” ticks in a Minecraft day by the number of seconds, you will find”20 TPS”. Therefore, Minecraft has set up to play by “20” ticks per second to appropriately perform the Minecraft game.

The game has set to cause 20 ticks per second, period except lag means it can not go that much fast. The only changeable part is the “random tick speed,” i.e., the randomTickSpeed game rule.

It does not change the speed of ticks in any way but adjusts the number of blocks per chunk randomly selected for random block ticks.

For example, random ticks on grass blocks attempt to spread the grass to nearby soil blocks; if more grass blocks get selected per tick, grass will reach up to
fewer ticks than otherwise.

Random ticks let blocks have “slow” behavior, like crops growing, without using a resource-heavy tool like a tile entity behind the scenes.

A tile entity is an entity, unlike a mob, but obliged to block space and regularly added and removed with the block to which it belongs; tile entities can perform every tick in a way they’re loaded if they have designed to. Tile entities let blocks have “fast” behavior and store lots of data.

For instance, chests apply tile entities to collect the data of the contents.

Employing some tile entities makes the game slightly more efficient; burdening the game with tile entities is more frequent in modding. Several modded features might require tile entities to operate and, to implement helpful machines, be crammed by players in bulk into small spaces.

Also, it May Interest You: